“All my friends and family who come to visit me here tell me that I’ve fallen on my feet. It’s wonderful! I’ve got my car and I can get out to the shops easily”

The Latin epigrammatist Martial could have been describing Highgate Village when he wrote Rus in Urbe (country in the city). In fact, we think it’s nothing less than idyllic, with its picturesque 18th century architecture and charming mix of good old-fashioned tea rooms with trendy ‘gastropubs’ and restaurants.

It’s quirky, it’s quaint and it’s fun. Modern life rubs along happily here with historic landmarks such as romantically overgrown Highgate cemetery, resting place of Karl Marx and George Eliot, and the imposing Lauderdale House concert venue. In fact there’s as much for the tenants’ younger families and kids as there is for the ‘Hill Homes Set’ themselves – and with the wide open spaces, duck ponds and bathing ponds of Waterlow Park and Hampstead Heath on the doorstep, you really do have the best of both worlds! 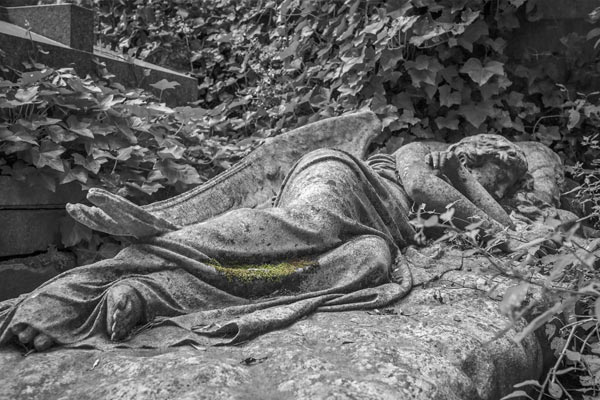 Highgate Cemetery is now open for the public to visit and admire some of the finest funerary architecture in the country. There is a £4 admission fee to wander around the East Cemetery where famous names including Karl Marx are buried, while the impressive tombs, chapels, catacombs and mausoleum of the West Cemetery are available to visit by guided tour only (£12 and includes entrance to the East side). 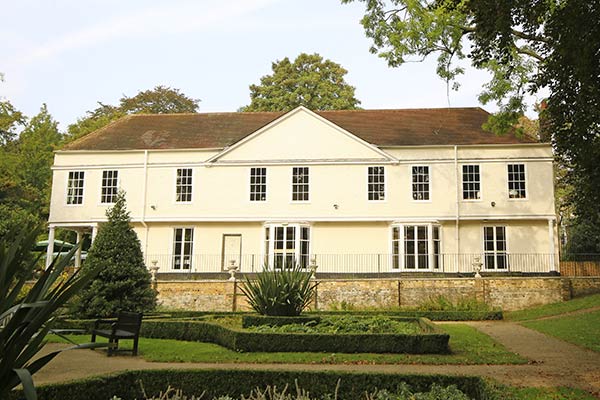 Waterlow Park is a beautiful 26-acre green space next to Highgate Cemetery. The park was given to Highgate by politician Sir Sydney Waterlow in 1889 as ‘a garden for the gardenless’ and is set on a hillside with panoramic views out over London. Lauderdale House is an historic house, now run as an arts and education centre, It hosts an extensive programme of performances, workshops, outreach projects and exhibitions. 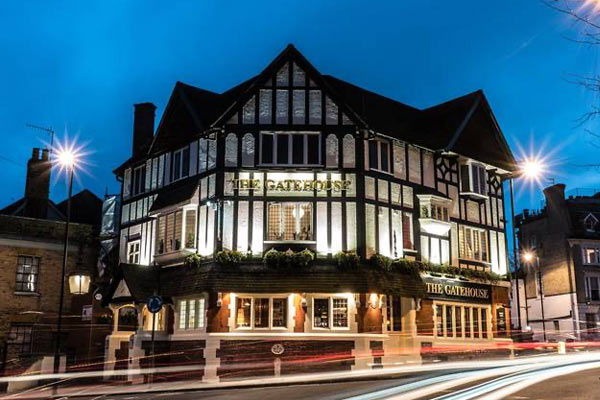 The Gatehouse pub sits below one of London’s leading fringe theatres, Upstairs at the Gatehouse. The Theatre has been run by members of the Highgate community John and Katie Plews for the last 20 years, with John also writing and directing several of the shows himself 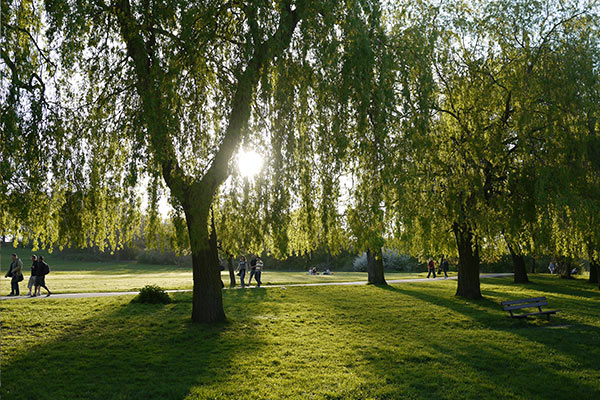 Ambling across these 800-acres of woods and rough grasslands, taking in spectacular views over the gleaming spires of the distant city, it doesn’t seem possible that you’re just four miles from London’s bustling centre. Hampstead Heath provided inspiration for C.S Lewis’s Chronicles of Narnia, for many of Constable’s paintings and for countless Londoners over the centuries who have bathed in the famous swimming ponds, flown kites on Parliament Hill and enjoyed the delights of Lord Leverhulme’s famous Pergola and the Hill Garden, among many other hidden (and not-so-hidden) treasures. 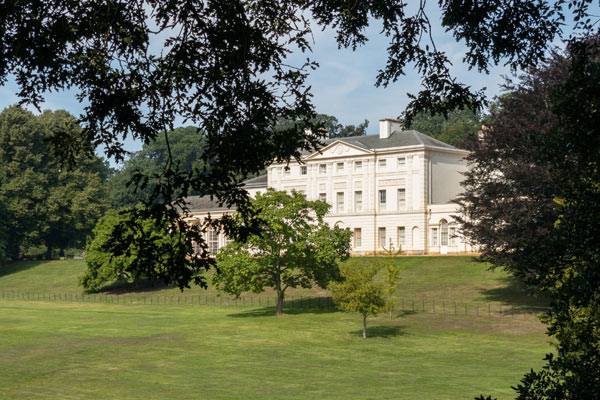 Not least among Hampstead Heath’s treasures is Kenwood House, sitting amid glorious, landscaped gardens on the Heath’s northern fringes. This former Georgian stately home designed by Robert Adam is now a jewel in the crown of English Heritage – and its gardens, stunning interiors and world class art collection, including masterpieces such as Rembrandt’s Self-Portrait with Two Circles among many others, are open to the public. Kenwood House has also since the early 1950s become renowned for its fabulous classical, jazz and popular music concerts with picnics and fireworks. 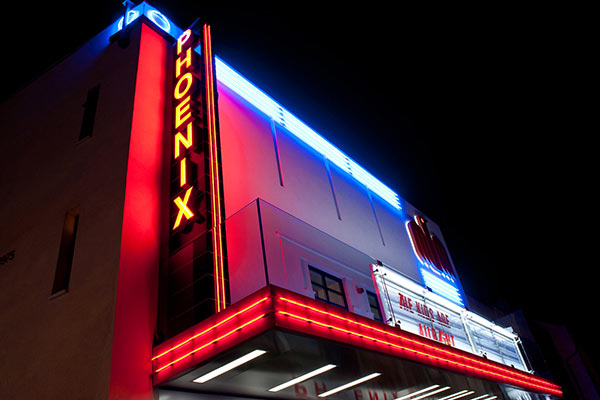 Just an easy stroll of about a mile away is one of the UK’s oldest continuously-running cinemas – the Phoenix. Built in 1910, it opened originally as The East Finchley Picturedrome in May 1912. Redesigned in Art Deco style in 1937 it became The Rex and finally acquired its current name in the 70s. Preserved by English Heritage as a Grade II listed building, the Phoenix lives on as a cherished community cinema – thanks to venerable patrons such as Maureen Lipman, Mike Leigh, Ken Loach and Michael Palin among many others. 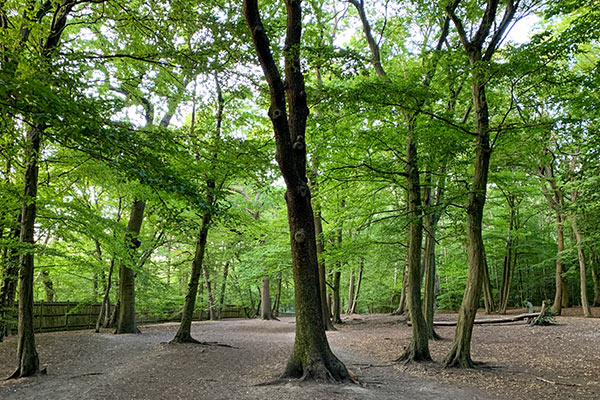 Far smaller than nearby Hampstead Heath at around 70 acres, Highgate Wood is a beautiful and well-preserved wooded enclave that’s steeped in history, dating back to the mediaeval period when it was part of the Bishop of London’s hunting estate. It was in those years that the Crown used it as a source of oak for shipbuilding. Today, oak, hornbeam and holly trees still predominate and, as home to an extraordinary diversity of fauna and flora considering its metropolitan location, it’s one of only eight Green Heritage Sites in London. 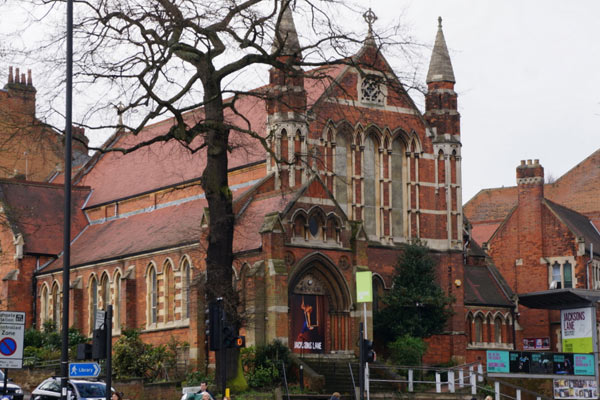 Highgate boasts one of London’s most vibrant multi-arts venues in Jacksons Lane Arts Centre, with its 168-capacity theatre and dance studios. Set in a beautifully preserved Grade II listed former Wesleyan Methodist Church, it’s now known for its appeal to an excitingly catholic range of artistic tastes. Known as ‘North London’s Creative Space’, its support for London’s independent theatre companies and artists inspired Time Out magazine to describe is as 'The Innovator' and 'a breeding ground for fast-rising talent'. 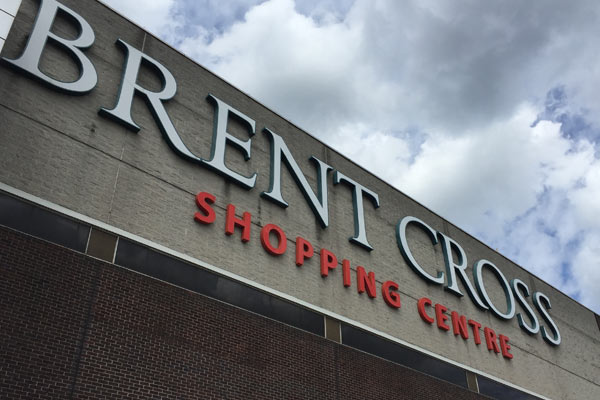 Of course, in Highgate Village you have all the quirky charm of small independent shops – but when you really want to Shop with a capital ‘S’, you have Brent Cross, the UK’s very first out-of-town shopping centre just a few minutes’ drive away. Back in 1976, when it opened, this was a radical development – and it’s still one of London’s most exciting retail centres. In fact, it’s much more than that, with all the big name retail brands, 25+ restaurants, interesting pop-up stores and a busy calendar of events.

Questions about Hill Homes?
Speak to our team.

We use cookies on our website to give you the most relevant experience by remembering your preferences and repeat visits. By clicking “Accept”, you consent to the use of ALL the cookies.
Cookie settingsACCEPT
Manage consent

This website uses cookies to improve your experience while you navigate through the website. Out of these, the cookies that are categorized as necessary are stored on your browser as they are essential for the working of basic functionalities of the website. We also use third-party cookies that help us analyze and understand how you use this website. These cookies will be stored in your browser only with your consent. You also have the option to opt-out of these cookies. But opting out of some of these cookies may affect your browsing experience.
Necessary Always Enabled

Performance cookies are used to understand and analyze the key performance indexes of the website which helps in delivering a better user experience for the visitors.

Analytical cookies are used to understand how visitors interact with the website. These cookies help provide information on metrics the number of visitors, bounce rate, traffic source, etc.

Advertisement cookies are used to provide visitors with relevant ads and marketing campaigns. These cookies track visitors across websites and collect information to provide customized ads.

Other uncategorized cookies are those that are being analyzed and have not been classified into a category as yet.

SAVE & ACCEPT
Powered by